I feel like today’s post is a bit of an interlude (should there be a photo of a potter’s wheel here?!) but I am trying to get a grip on things at the moment, not in a bad way, but there are many things, in general, that I have been putting off and it’s time to get on with them, in order to stop me from feeling like this 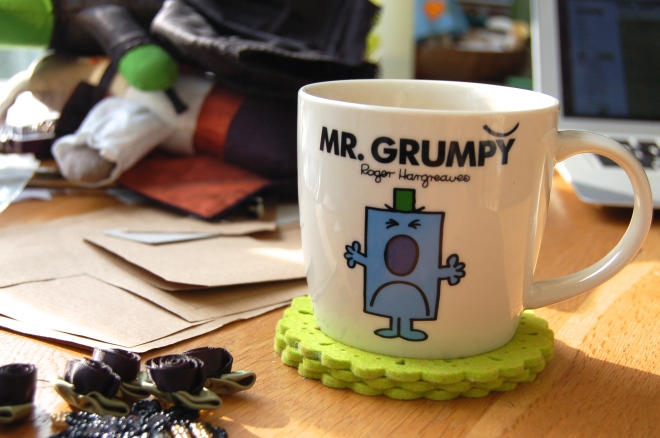 In the last few days I have booked appointments with the doctor and dentist, finally bought soil needed to get the garden seedlings started and next on the list, I want to clear the piles of all sorts that cover the surfaces of my studio so I can properly get back to work.

books, many from my Birthday and Christmas that are waiting to be read or have been already, and need putting away;

(you may think these photos are staged, they are in that I cleared a bit of desk to photograph them on, but otherwise they have been sat here for weeks, just hidden under mountains of fabric and threads…and my desk really isn’t all that big!)

vintage jumpers and skirts, also dumped in my studio waiting for any needed repairs, or cleaning, and that probably need to be packed up for next winter now. 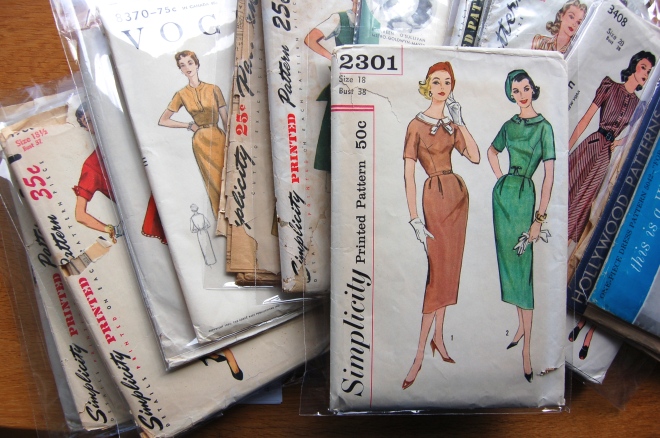 Vintage patterns waiting to be sorted through.  This is most of my stash, collected over many years and it’s in dire need of a good tidy.

I’m also going to decide, in the coming days, whether to change how I work.  Basically, I might skip summer sewing altogether and in doing so only work on autumn/winter products.  I know that in the professional world that’s how it’s done and I can see the advantages, how wonderful, come September (after the long school holidays when sewing becomes abandoned) to be ready to go, with work complete, photos taken and items already listed?

The downside is I am generally quite influenced by the weather, I’m not sure I can be thinking of Christmas in the balmy (yes, yes, this is the UK so I might be dreaming here) summer days and from a blogging point of view I would perhaps feel I should keep things hidden until the proper season before posting about them, which would feel restrictive as it’s never as much fun writing about making in retrospect.  It would also mean there wouldn’t be new items in the shop for some time, a problem as it’s quite important for me to keep it updated.  Ho-hum, one to think on there. 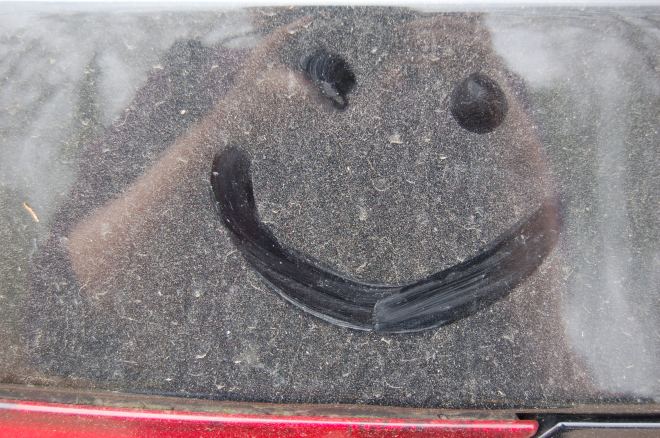 As it is, I am happier to have some more space around me now, both physically and mentally,  it makes me feel I can breathe more easily…if you ignore the air pollution warnings we currently have and resulting Sahara sand being dumped all over the place.  I was a bit amazed to see the plumes of dust rise into the air when a fat little wood-pigeon landed on the trees in our garden a moment ago, there was so much that I genuinely thought next door had lit a garden fire…most might have noticed the sand and dust on their car but ours is always so filthy I just considered that normal 😉 .

Lastly, I just pledged some money on Kickstarter for the wonderful project called ‘Lightcase’.

Which, to use the designers (Dominic Crinson and Brenna Jensen) own words, is:

“Lightcase is basically a mini photographic studio that gives you a quick, affordable and low-tech way to get clear, sharp and well lit photos. We designed it especially for creatives selling in the various online marketplaces such as Etsy, Folksy, Made it, Zibbet, Ebay… but it’s also a great tool for bloggers and for social marketing on sites like Facebook, Instagram, Pinterest, Tumblr and just about anywhere you need great photos of what you do.”

Fabulous idea…could do with being a bit bigger for me, but is still too good to miss.  If you fancy knowing more you can read about it here and pledge here.  Clearly I now have a vested interest in their raising enough pledges but I also thought it was a great idea generally for sharing.

Oh, in case you wondered, the little birds are typical of the random (but precious, to me) ‘junk’ that fills my world and I couldn’t resist photographing them before they were put away 🙂

13 thoughts on “Leaning tower of books…” 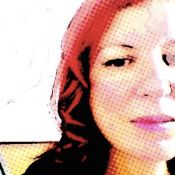