Let’s pretend I haven’t been absent for most of this year, we’ll just gloss over that and crack on with this post, which I started forever ago but never actually published.  Sorry.

Earlier this year, I was lucky enough to be invited along to my Sister’s annual Glyndebourne trip, something I get super excited, because I don’t get out much and I love any opportunity to not look like a bag lady.

This year we were lucky to get to see Maurice Ravel’s short operas, L’heure espagnole and L’enfant et les sortilèges.

Now, I really don’t think I’m qualified at all to give an opinion on the singers, the performance or the music, I just know if I enjoy something or not and inevitably, for me, the staging plays a big part of this.  The operas were very short, witty and really enjoyable to watch, below is Glyndebourne’s own blurb and photos (taken by Richard Hubert Smith) to give you and idea (you can read more and see video snippets here)

‘L’heure espagnole , a Feydeau-esque sex farce about a lusty Spanish woman juggling lovers while her husband is preoccupied with clockwork mechanisms, evokes a Spanish flavour through Ravel’s use of native dance forms including the jota, the habañera and the malagueña.’

L’enfant et les sortilèges , with a libretto by the French novelist Colette, is both a whimsical ‘lyric fantasy’ and a morality play with a deeply serious core. Fairy tale characters, furniture, crockery, plants and animals come to life to chastise a peevish child who has been tormenting them. All ends happily, though, when the child learns compassion. The score features echoes of Gershwin as well as an eclectic blend of influences ranging from Bach and Monteverdi through Massenet, Wagner and Puccini.

The set and costume design for  L’enfant et les sortilèges were a complete delight, very clever and only a pinch below The Cunning Little Vixon, which is still my favourite.

(All the above photos are  borrowed from the Glyndebourne site and are taken by Richard Hubert Smith, who I hope does’t mind, as I am saying nice things)

As for what I wore (clearly, VERY important)….

yet again, fancy eyelashes from Paperself…..

an Orla Kiely dress and Chie Mihara shoes.  I’m so predictable.  (All ‘old’, in fact I think these are the first every CM shoes I bought, many, many years ago).  I hope you appreciate my posting this rather unflattering photo taken quickly in the bedroom I was staying in…my hair is looking rather Bonnie Langford, the curl did drop a bit later.

I even polished my nails, which rarely happens as I chip it in an instant, I also took my Victorian purse with me, which I made after the original batch was sold in two days, including the sample one I’d planned to keep for myself.  I have more on these in the next post (oh yes, there will be a next post – go me!).

We had a glorious time.  It seems an age ago now, especially as it’s such a damp and chilly day right now, picnics in the grounds of posh opera houses are but a distant memory.  On the plus side, I’m back to shop sewing after a rather long stint of blind making that’s taken up a lot of the summer and I’m very keen to get things knocked back into shape, so hopefully I’m back on a roll 🙂 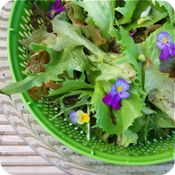