This post is really for me so I can see what was missed in my blogging hiatus. Sorry it’s a bit dull!

I have surprisingly few photos from the past year.

I’ve been working away but mostly sewing curtains and when I have been doing more interesting work I’ve not taken many photos (lovely choice of curtain fabric above).

There has been the constant ploughing through open work (will these purses EVER be finished!) as well as some new things,

and we’ve also had our fair share of drama, starting with Birdie attempting near death.

She burst a lung falling from a height, basically, and I was told she was moments away from dying when I found her and rushed her to the vets who were amazing, and with emergency surgery, saved her life.

She’s fine now, although she rarely leaves the house these days, I think there are too many male cats around with 5 boys living on the short terrace who like to kick off a bit, she prefers a quieter life sleeping indoors.

We had lucky timing and bought some new chickens just before COVID as mine were all quite old and not really laying any more and then in a rather devastating moment lost the lot overnight when a fox in and ate them all.

I was gutted, we’d had some of the chickens for many years and we treat them all as pets, including a few I’d hatched from eggs. We managed to replace them eventually and we currently have 9 hens; a mixture of pure breeds, and two hybrids (who never lay any eggs!) who live separately and with my remaining cockerel.

Next came a bit of a shocker. Pre-COVID we found out that my youngest son’s long term back ache wasn’t from carrying heavy school bags (as the doctor – and to be fair, I – had thought) but rather he had spinal tumours. It was originally diagnosed as Fibrous Dysplasia (VERY rare in that part of the spine) but a later CT scan to monitor the FD showed it to be ABC (Aneurysmal Bone Cysts) that needed to be removed as they are aggressive growing.

C had the ABC removed over the summer and his spine re-enforced with a graft from his hip. It involved a stay at the Royal National Orthopaedic Hospital, whose specialist care he is under (during Lockdown). It went really well and although he can’t carry heavy bags or do sport, all is good at the moment. The children’s wing of the hospital is full of beautiful murals taken from The Book of Lost Words by Jackie Morris.

Some of the sewing I’ve been doing has inevitably been masks, above a bundle for me and the boys.

I will add these to the shop in the next week or so, although I don’t plan to stay open too much longer, I’d like a proper break for Christmas.

I’ve also been doing a lot of DIY. We were in isolation most of Summer, as we had to isolate before C’s surgery, which got cancelled two days before, then isolate again for the next operation date so it’s been Lockdown, isolation, isolation again, Lockdown 2 and now Tier 3 for us! One great thing is I’ve finally tackled the studio with an Ikea Billy Bookcase hack so that’s one to photograph and share when I have some time.

Despite is all sounding a bit bleak, we have no complaints. We are healthy and happy and just getting on with it, like everyone else. Onwards and upwards!

6 thoughts on “Catching Up” 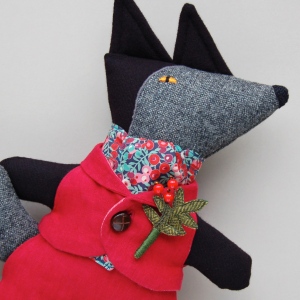 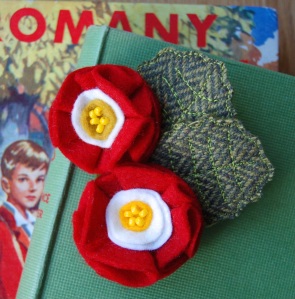